A light-dependent resistor is a light-controlled variable resistor. The resistance of a photoresistor decreases with increasing incident light intensity; in other words, it exhibits photoconductivity. A photoresistor can be applied in light-sensitive detector circuits, and light- and dark-activated switching circuits.

As you can see later in the schematics its easy to connect one of these to an Espruino Pico, you only require an LDR and a 10k resistor so that this could easily be constructed on a breadboard. I used the following module

A simple code example, we will switch on and off the on board LED 1 depending on the value that’s read. So vary the light to the LDR and see what happens. 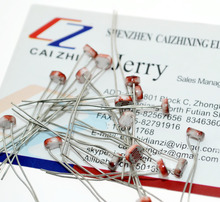