In the last couple of days I managed to get my hands ona  Micro Bit, if you have no idea what i am talking about then this will introduce you to this intriguing board

The Micro Bit measures 4 × 5 cm the device has an ARM Cortex-M0 processor, accelerometer and magnetometer sensors, Bluetooth and USB connectivity, a display consisting of 25 LEDs, two programmable buttons, and can be powered by either USB or an external battery pack. The device inputs and outputs are through five ring connectors that are part of the 23-pin edge connector. 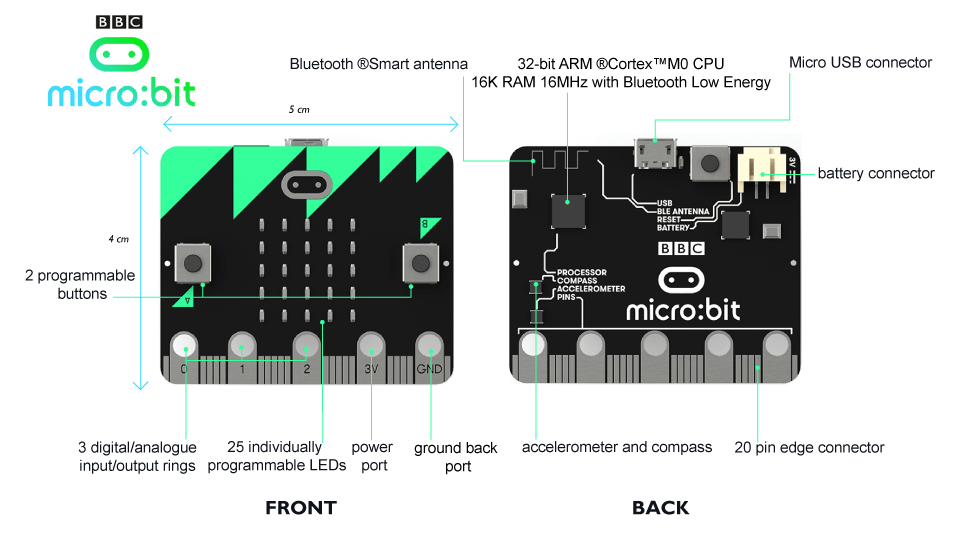 The size of the device is described as half the size of a credit card, measuring 43 x 52 mm and, as of the start of final manufacturing,[18] includes:

I/O includes three ring connectors (plus one power one ground) which accept crocodile clips or 4 mm banana plugs as well as a 23-pin edge connector with two or three PWM outputs, six to 17 GPIO pins (depending on configuration), six analog inputs, serial I/O, SPI, and I²C.Unlike early prototypes, which had an integral battery, an external battery pack (AAA batteries) can be used to power the device as a standalone or wearable product.

There are four official code editors in the BBC micro:bit web site:

The Micro Bit was created using the ARM mbed development kits. The run-time system and programming interface utilize the mbed cloud compiler service to compile the user’s code. The compiled code is then flashed onto the device using USB or Bluetooth connections. The device will appear as a USB drive when connected to a computer and code can be flashed using drag and drop